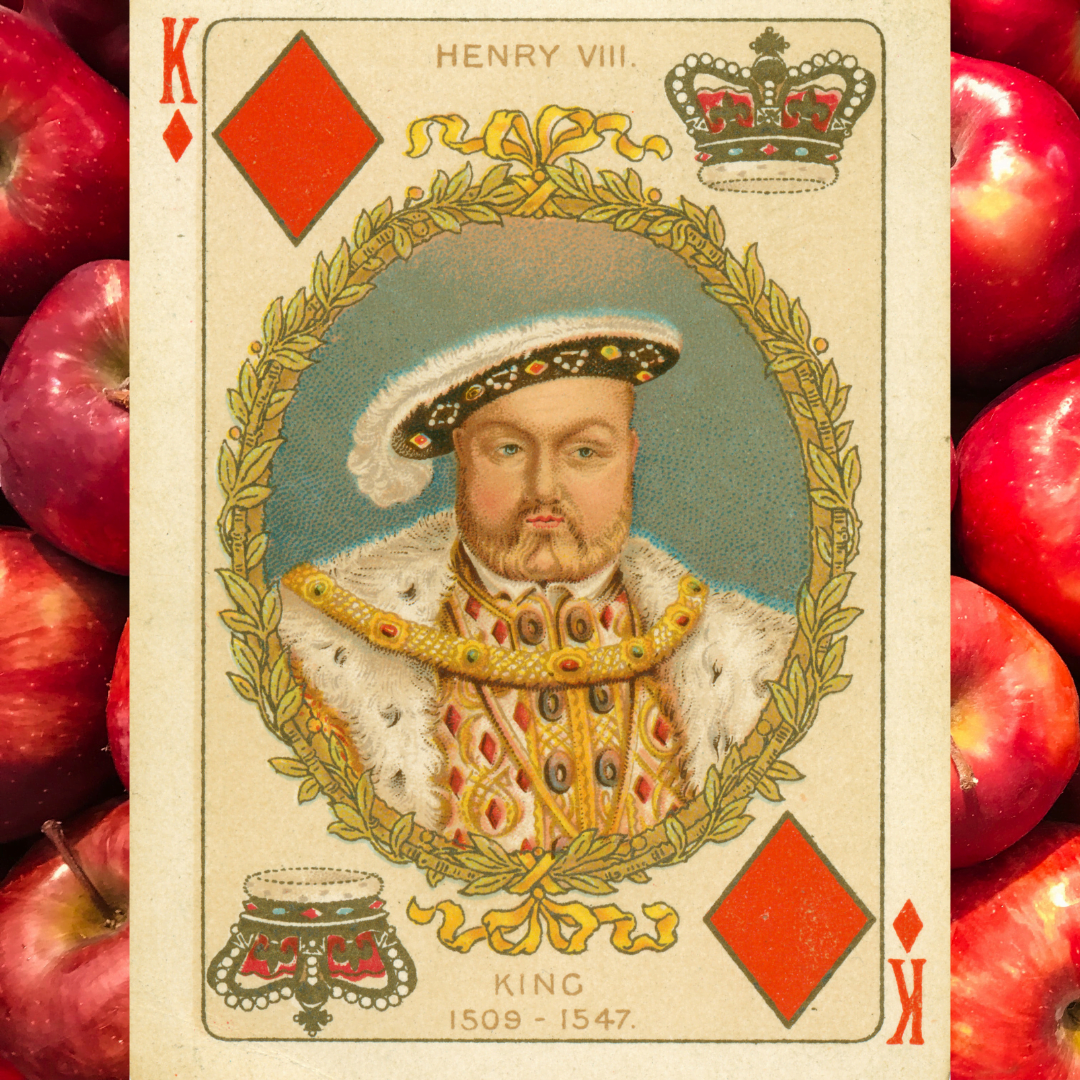 CELEBRITIES LEARN ABOUT THE HISTORY OF ENGLAND’S APPLES

Brogdale Collections featured in a fascinating episode of Celebrity Antiques Road Show on the 4th November.  Actress Victoria Smurfitt visited with antiques specialist Phil Serrell. They were keen to learn why Kent was called The Garden of England.

Brogdale’s expert guide – Mike Austin – chatted to them about the huge influence of Henry VIII who brought different varieties of apples to England. This created a centre for fruit growing in Kent.

THE IMPORTANCE OF HENRY VIII

After a trip to France, Henry decided he wanted more delicious apple varieties in England. He appointed a Royal Fruiterer to travel the continent and collect the best fruit he could find to bring back home.

These trees formed a ‘Mother Orchard’ which became the origins of the Kent fruit industry, due to the region’s ideal soil and climate.  The fruit grown in Kent became an important source of food for the ever increasing population in London.

This is a fascinating piece of history and Mike does a fabulous job of explaining it to the Show’s audience.  To take a look yourself, click on the link below. The item about Brogdale takes place about 15 minutes into the episode.