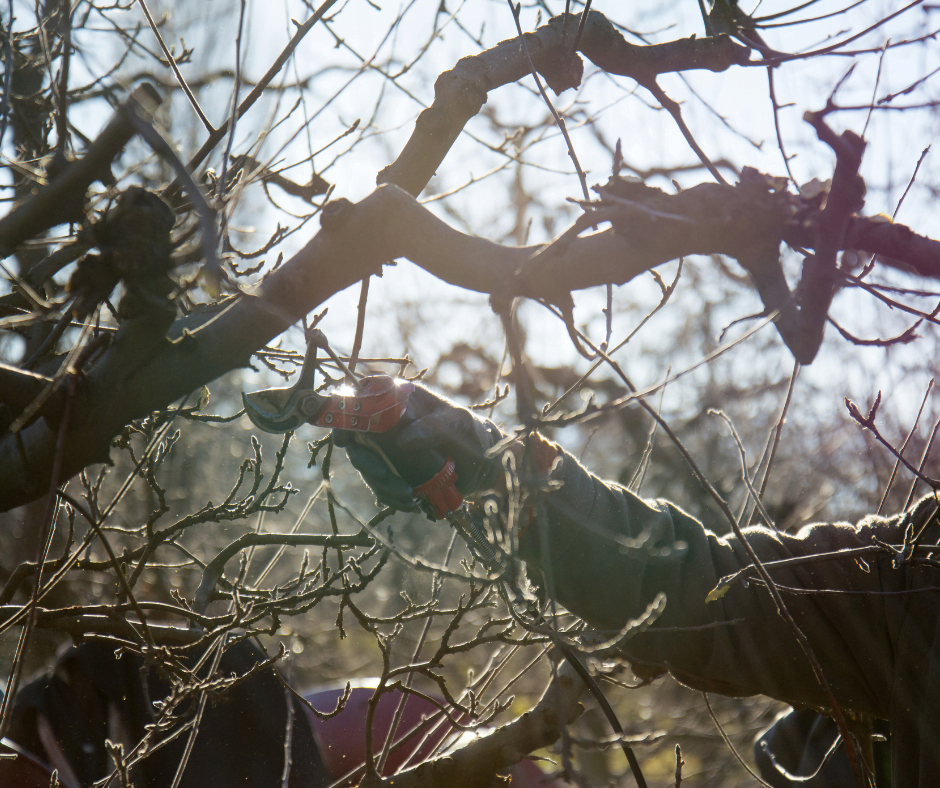 Winter Pruning Insights from John Easton for fruit trees – Summer/ Autumn 2022 and How to prepare for 2023.

Tis the season to be winter pruning… Gardeners know that growing can often be a challenge, but even accepting that is sometimes not enough.

Following the rules of growing and winter pruning you may think that you have it all “buttoned up,” but sadly there is always more to learn.

The drought of 2022 showed just that and watering copiously (when allowed) and correct timing of fruit thinning and summer pruning did not produce the expected benefits.

These results occurred widely, so if you had these you need not feel you were especially selected.

Small fruit size was common even if you did thin as there was not enough water reaching the fruit. The amount of June drop was insignificant, so everything remained on the tree. If you overthinned (as I did my pears, hoping to get massive fruit) then you may have had fruit of a decent size, but on picking discovered many of them had an internal rot/ breakdown.

If you summer pruned in the last week of July/first week August, you then exposed the fruit surface to extreme heat and could then have had sun burn in the extreme conditions. Added to that, having pruned at the correct time, and hoped to, understandably, have controlled the growth, one then discovered after rainfall that the trees then burst into growth yet again. This unexpected growth meant that in most cases pruning had to be done all over again.

In 2023 to overcome some of this, consider putting on a base mulch while the soil is still moist to contain and prolong the water supply. Thin fruit at the size of about 1-1.5 cm diameter per fruit but consider thinning to one or two fruits per cluster.

Still summer prune, but if the summer is dry, delay it until late August/early September.

Lastly if your trees are small enough consider putting temporary netting over the tree to prevent sunscald.

OR pre-book here for January 2023 dates.